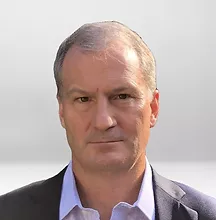 Rob leads strategy and corporate development efforts at The Climate Board. Before co-founding The Climate Board, Rob served as a cleantech advisor to an investment bank. Prior to that, Rob served as head of antitrust and strategic projects for Verizon Communications, where he was twice given the Chairman's Award for exemplary performance. He advised on every major Verizon deal. Rob worked with thought leaders, including Nobel economists, to produce analytic reports on such topics as addressing the competitive threat of Google and Facebook to Verizon's business. Before joining Verizon, Rob served as corporate vice president, corporate development, and general counsel at a mobile applications provider, and as corporate vice president, strategic alliances for a wireless messaging provider. In both roles, he helped set overall company strategy and identified and negotiated deals with business partners.

Rob received a BA in History from Wesleyan University and a JD from Yale School. He is chairman of the board of Island Press, the leading nonprofit publisher of environmental and climate books.